A temporary administrative structure will be set up in areas befreed from TPLF, ” Dr. Mulu Nega 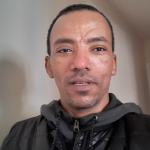 According to Dr. Mulu, a charter indicating the overall process of the interim administration has been prepared and finalized.

“As chief executive of the interim administration performs duties of the president of the region, it leads and coordinates activities,” he added.

Liberated areas will be organized in a short period of time, the people will be mobilized and the transirional administration will carry out government functions in Tigray when the region is totally befreed, Dr. Mulu added.

One of the 9 executive committee leaders of the TPLF, Keria Ibrahim, has surrendered to Federal forces.